Express Rewriting. Export complex dial string rewrites and import them into other nodes.

anynode enables flexible processing of incoming and outgoing source and destination phone numbers with “Dial String Rewriting”. By rewriting phone number formats, anynode enables different IP devices to be compatible with each other. All rewrite rules can now be exported to the standardized JSON format with anynode 4.8 for import and reuse in another node.

The “Rewrite-Rules-Import-Assistant” shows all rewrite rules before the final import and can overwrite existing rules or add the newly imported rules to the already existing ones, as desired.

The import of CSV files is still possible. A detailed tutorial video on this topic can be found on our YouTube channel. 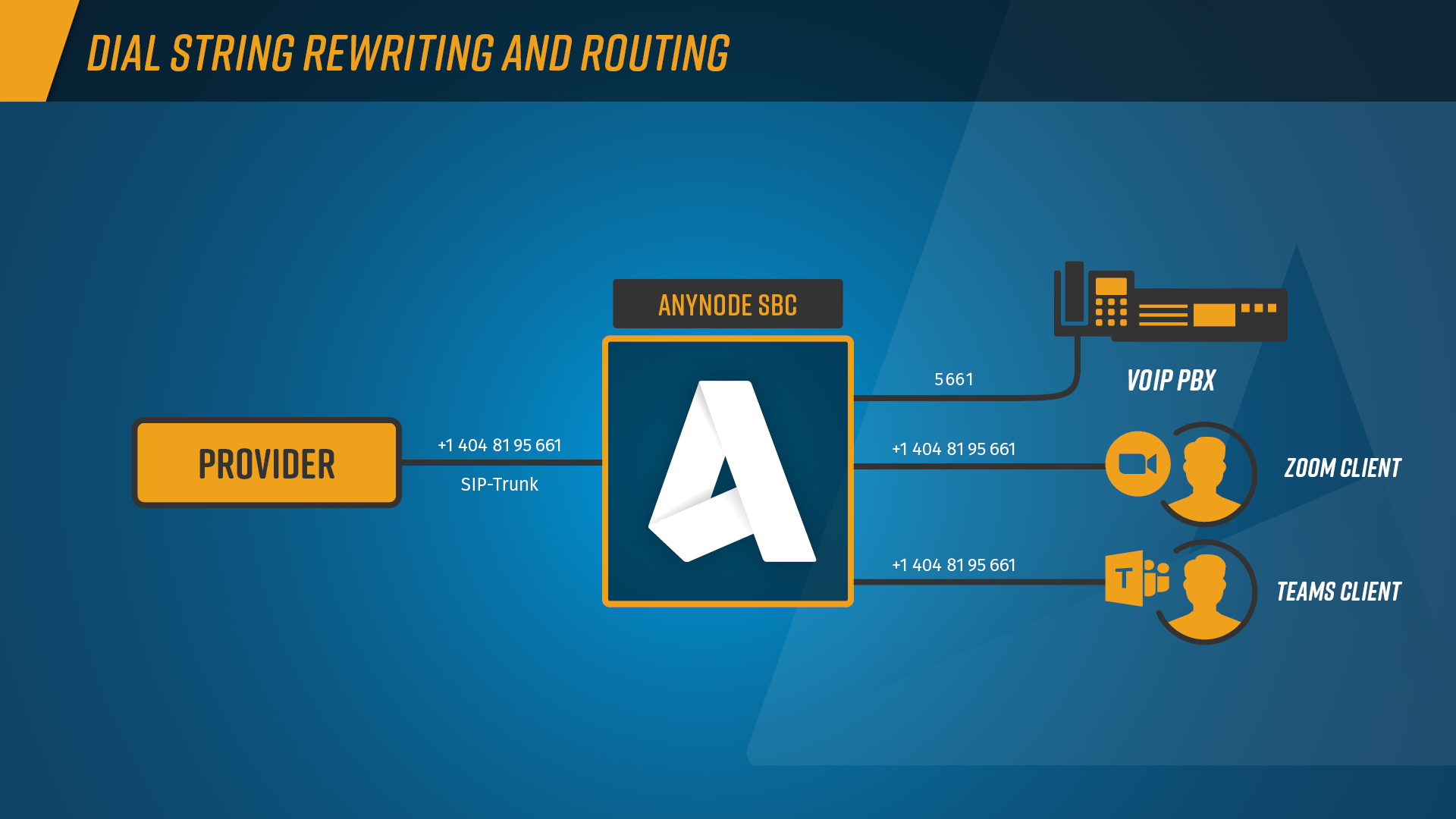 Easily export dial string rewriting rules and then import them into another node. 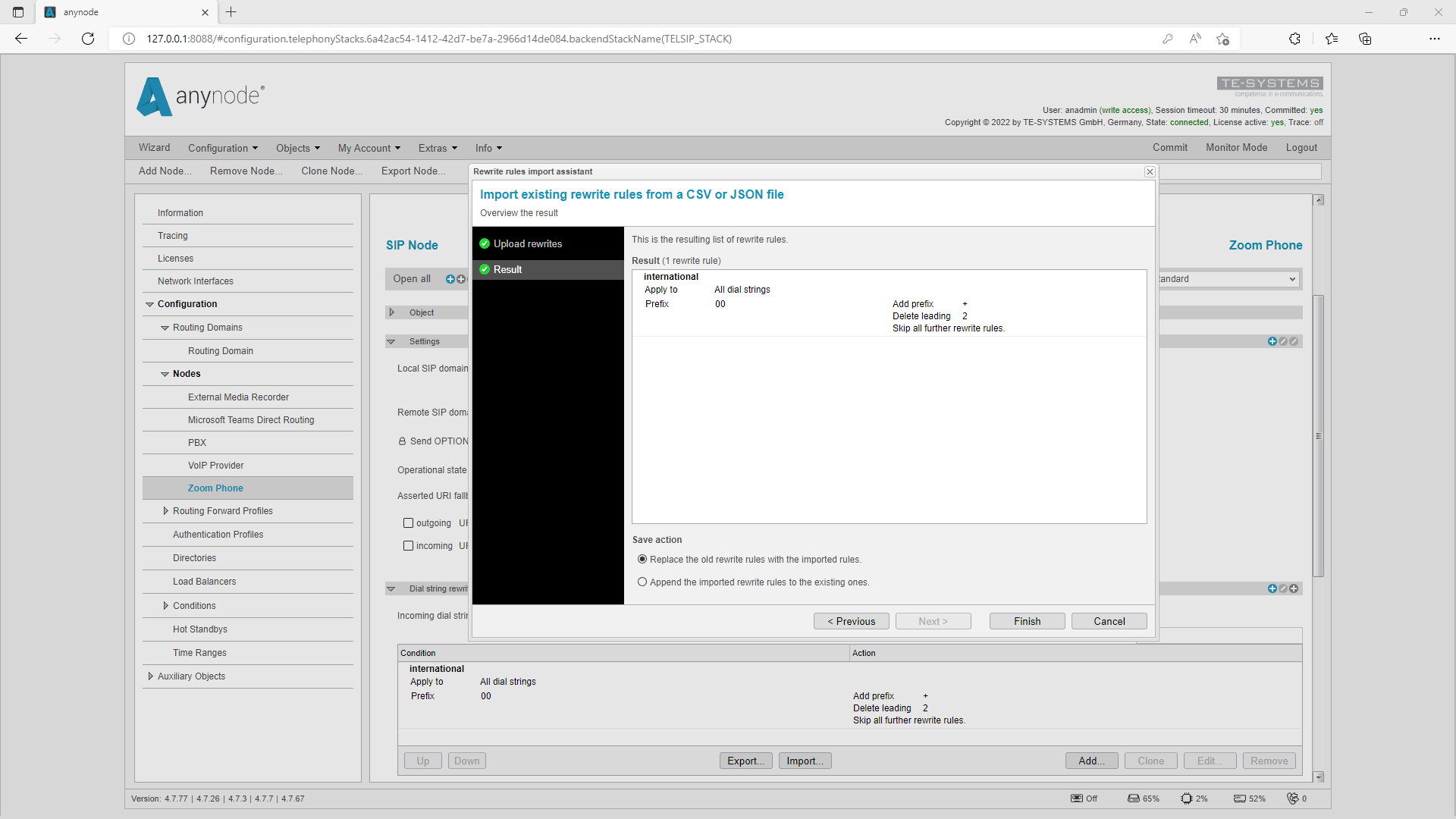 anynode is officially certified by Microsoft for Direct Routing that gives our customers the added benefit of worldwide Microsoft support.

In general, with Microsoft Direct Routing and anynode you are able to connect to almost any telephony trunk or interconnect with third-party PBX. The most suitable and uncomplicated, easy to use solution for you and your networks that simply works.

Take your time to truly experience the power of anynode

… even in the most intricate testing scenarios. And if you need more – drop us a line.

via our Online Ticketing System during your evaluation period with a fast response time. All learning resources and our community area are available to you. Training videos, documentation, and whitepapers – it’s all there.